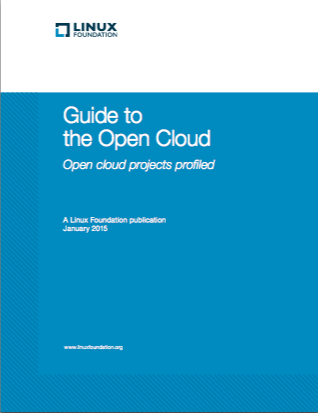 The Linux Foundation this week released its second annual Guide to the Open Cloud, which profiles the open source projects that organizations are using to build their own open clouds from the ground up. This year's paper includes many new projects – 18 in total – and two additional technology categories that have become increasingly more relevant in the past year.

Taking a look at the projects that were added, and why, can help shed some light on the trends and technologies that are shaping the cloud. Projects such as LXC, CoreOS, OSv, Apache Mesos, Apache Stratos, Deis, and Kubernetes grew along with the need and opportunity for new platforms and management tools around Linux container technology, and/or specialized operating systems built for web-scale IT and mobile computing.

The increasing maturity of cloud storage is also visible in this year's guide, with additions such as Apache Cassandra, CouchDB, MongoDB, Redis, and Swift. Many of these projects are far from new but are now successfully making the transition to the cloud and scale-out computing in new and interesting ways.

Then there are the projects such as Ansible and ManageIQ that are relatively new challengers or supplements to popular configuration tools such as Puppet and Chef that arise out of the increasing adoption of hybrid clouds and the subsequent need to manage them.

And finally the paper adds a whole new category of projects around software-defined networking and network functions virtualization with profiles on OpenDaylight, Open vSwitch and Open Contrail. This is still a very new area of the cloud – so new that some projects are just now starting to see production deployments. But SDN adoption among service providers and carriers is widely expected to rise in coming years as IT departments look for increasing flexibility and scalability in the cloud.

Below are the 17 new projects by category in the 2015 Guide to the Open Cloud. For the full list in each category, along with project profiles, download the report.

New to the cloud report this year

CoreOS - A lightweight Linux distribution designed for running large-scale cluster deployments. Applications run inside of containers to isolate them from the operating system.

OSv - OSv is an open source cloud operating system designed to run a single application on top of a hypervisor.

Deis - Deis is an open source PaaS that builds upon Docker and CoreOS to provide a lightweight PaaS with a Heroku-inspired workflow.

Kubernetes -an orchestration and management tool for Docker container clusters.

OpenDaylight - an open source platform for network programmability to enable SDN and NFV. The software components include a fully pluggable controller, interfaces, protocol plug-ins and applications.