In case you missed it, we launched Dockercast, the official Docker Podcast earlier this month including all the DockerCon 2016 sessions available as podcast episodes. 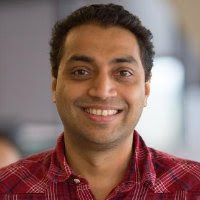 In this podcast episode, we catch up with Avi Cavale the Co-founder & CEO at Shippable. We start off with a conversation where I ask him why he thinks there has been such an explosion of Docker adoption.  This leads us into the the ideas behind immutable infrastructure and immutable delivery models. Avi discusses how Shippable has focused on making the delivery pipeline easier for developers.

We also discuss some anti-patterns he calls Frankenstein Continuous Integration (CI) where, although Jenkins is awesome, the glue to put a robust CI system together can be reasonably complex. What Shippable tried to do is abstract away some of those complexities for developers.  We end up talking about different Docker patterns Shippable is seeing in the industry.

You can find the latest #Dockercast episodes on the Itunes Store or via the SoundCloud RSS feed.