Today we're releasing Docker 1.13 with lots of new features, improvements and fixes to help Docker users with New Year's resolutions to build more and better container apps. Docker 1.13 builds on and improves Docker swarm mode introduced in Docker 1.12 and has lots of other fixes. Read on for Docker 1.13 highlights. 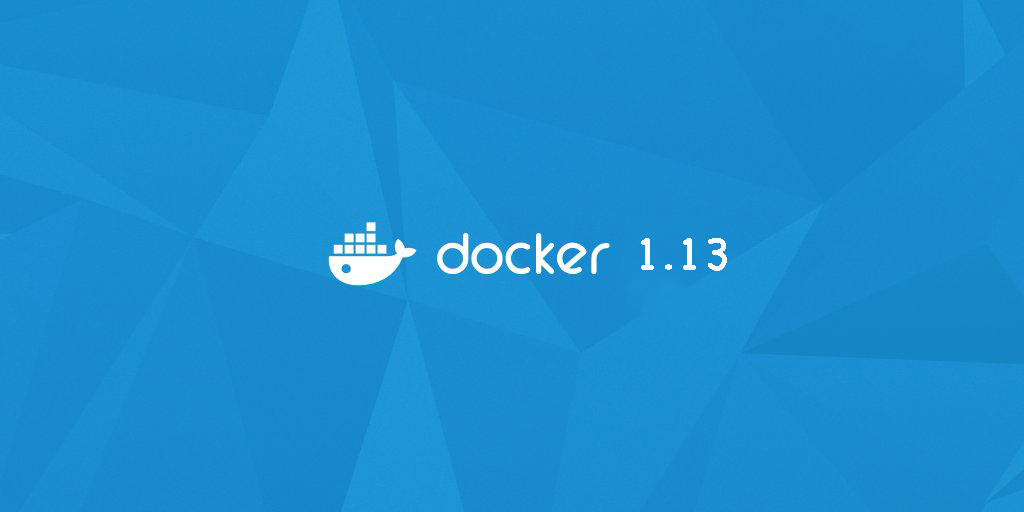 Docker 1.13 adds Compose-file support to the `docker stack deploy` command so that services can be deployed using a `docker-compose.yml` file directly. Powering this is a major effort to extend the swarm service API to make it more flexible and useful.

Deploying a multi-host, multi-service stack is now as simple as:

Ever been bitten by the dreaded Error response from daemon: client is newer than server problem because your Docker CLI was updated, but you still need to use it with older Docker engines?

Starting with 1.13, newer CLIs can talk to older daemons. We're also adding feature negotiation so that proper errors are returned if a new client is attempting to use features not supported in an older daemon. This greatly improves interoperability and makes it much simpler to manage Docker installs with different versions from the same machine.

Docker 1.13 introduces a couple of nifty commands to help users understand how much disk space Docker is using, and help remove unused data.

Prune can also be used to clean up just some types of data. For example: docker volume prune removes unused volumes only.

Docker has grown many features over the past couple years and the Docker CLI now has a lot of commands (40 at the time of writing). Some, like build or run are used a lot, some are more obscure, like pause or history. The many top-level commands clutters help pages and makes tab-completion harder.

In Docker 1.13, we regrouped every command to sit under the logical object it's interacting with. For example list and startof containers are now subcommands of docker container and history is a subcommand of docker image.

These changes let us clean up the Docker CLI syntax, improve help text and make Docker simpler to use. The old command syntax is still supported, but we encourage everybody to adopt the new syntax.

docker build has a new experimental --squash flag. When squashing, Docker will take all the filesystem layers produced by a build and collapse them into a single new layer. This can simplify the process of creating minimal container images, but may result in slightly higher overhead when images are moved around (because squashed layers can no longer be shared between images). Docker still caches individual layers to make subsequent builds fast.

1.13 also has support for compressing the build context that is sent from CLI to daemon using the --compress flag. This will speed up builds done on remote daemons by reducing the amount of data sent.

Docker for AWS and Azure out of beta

Get started with Docker 1.13

To deploy Docker for AWS or Docker for Azure, check out the docs or use these buttons to get started:

If you are interested in installing Docker on Linux, check the install instructions for details.