Nowadays, virtualization is becoming the top priority need for many organizations and they take special care of it while designing their IT infrastructures. The trend of using virtualization instead of hardware storage is just not an occasional practice rather it has become important because of the high resilience and high availability that virtualization provides. Moreover, a lot of money and other resources are spent on improving and enhancing the virtualization technologies day by day so we can say this very confidently that this trend is going to last for a long time. 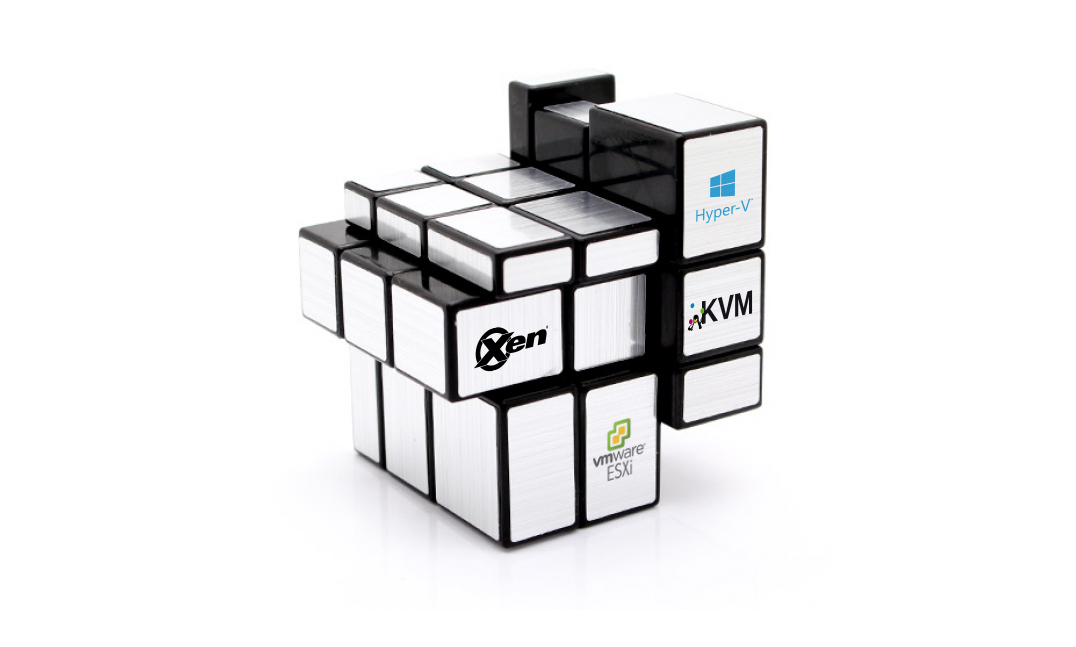 From the above image, it is very much clear that today we are going to discuss the four virtualization products i.e. VMware ESXi, Microsoft Hyper-V, Red Hat KVM and Citrix Xen shown in the image. So let us proceed towards our discussion.

ESXi is a virtualization product that is developed by VMware and it is an embedded bare metal hypervisor. It is mainly used to facilitate centralized management for enterprise desktops and data center applications. It is considered as one of the leaders in server virtualization industry.

Following are the salient features of VMware ESXi:

Pros and Cons of VMware ESXi:

Every virtualization technology comes with certain advantages as well as some disadvantages. The pros of VMware ESXi are listed below:

Now, the cons of VMware ESXi are listed below:

Microsoft Hyper-V is a Windows based bare metal hypervisor with a huge infrastructure, which allows building a complete environment based on Microsoft products. It is best suited for production and enterprise environments. Its capability of direct integration with Windows server systems make it even more attractive for Microsoft users.

Following are the important features of Microsoft Hyper-V:

Pros and Cons of Microsoft Hyper-V:

Following are the advantages of Microsoft Hyper-V:

The disadvantages of Microsoft Hyper-V are listed below:

The main features of Red Hat KVM are given below:

Following are the pros of Red Hat KVM:

The cons of Red Hat KVM are given below:

Citrix Xen Server was originated from an open source world and is built upon the enterprise technologies. The starting price for the hypervisor is very enticing. Moreover, the Enterprise version contains majority of the features that are highly required by administrators.

Following are the main features of Citrix Xen Server:

Following are the main advantages of Citrix Xen Server:

The cons of Citrix Xen Server are given below:

Based upon the features of these four virtualization products, following are the similarities between them:

Microsoft Hyper-V was gaining attention until 2016. In 2016, Microsoft Corporation released its major Windows Server 2016. New Microsoft Hyper-V version came out with many native features: Azure Stack; software-defined networking; software-defined storage. At the same time, Microsoft Hyper-V is a complex ecosystem with its benefits and drawbacks. Because of the present license policy, it is very simple and so hard to find the needed solution or product at the same time. On one side, Microsoft creates more and more complicated licensing models so that the most popular and useful products become paid. On the other side, many companies including Microsoft provide centralized management.

Along with new Microsoft release, VMware is gaining momentum within the enterprise sector. VMware, compared to Microsoft Hyper-V and Red Hat KVM hypervisors, does not have a fully functional free license. Meanwhile, any other hypervisor can be used with any storage capacity; any computational resources and any needed scale. VMware's hypervisor does come with a free version, but with so few features that they will be never considered for the production purposes. Features that are more sophisticated charge a higher price that makes VMware ESXi target the enterprise niche.

Red Hat KVM is a superior product in many circumstances, especially for Windows users. Its main benefit is that it is more user-friendly than Microsoft Hyper-V. If a Windows user is looking for something simple and meant for the Windows use case, Red Hat KVM is definitely an option. Red Hat KVM provides a full set of features that are completely free.

Citrix Xen Server implements innovative technology and shows itself in diverse use cases. Earlier, it was an extremely strong solution for high skilled administrators, but it has become very limited nowadays because of the free license limitation. The vendors will continue to place some number of roles in the private cloud. It means that you need to make a referral by yourself, but if you are highly skilled and can invest a little bit more time to dive in, it can be a rewarding solution.

If we go deeper into what StarWind users exploit as a hypervisor, we will see the following situation: common users, primarily small and medium businesses with a few servers in production, tend to choose Microsoft Hyper-V; those who choose VMware usually possess greater production environment. Meanwhile, Citrix Xen Server and Red Hat KVM are gaining momentum now. Red Hat KVM with its fully functional free version and impeccable performance, however, attracts more and more users.

This year StarWind released its new software management tool. We will not give a deeper insight into its licensing model here, but we can hint on its potential to allow all Microsoft Hyper-V and Red Hat KVM users to manage (migrate, create, monitor, convert) their infrastructures from one single pane of glass. The tool will also facilitate all common processes related to the infrastructure. As for the backup, which is the main part of each infrastructure, it will be added in the Management Console along with Proactive Support and many other StarWind features.

Virtualization technology has gained good reputation among many companies because it helps to optimize IT infrastructures, as well as business budgets. In the course of this article, we managed to take a closer look at four major virtualization products present in the market today i.e. VMware ESXi, Microsoft Hyper-V, Red Hat KVM and Citrix Xen Server. Each of them has its own advantages and drawbacks, which make a market differentiation.