Network Automation at AnsibleFest: That's How We Role

----
Network Automation at AnsibleFest: That's How We Role
// Ansible Blog 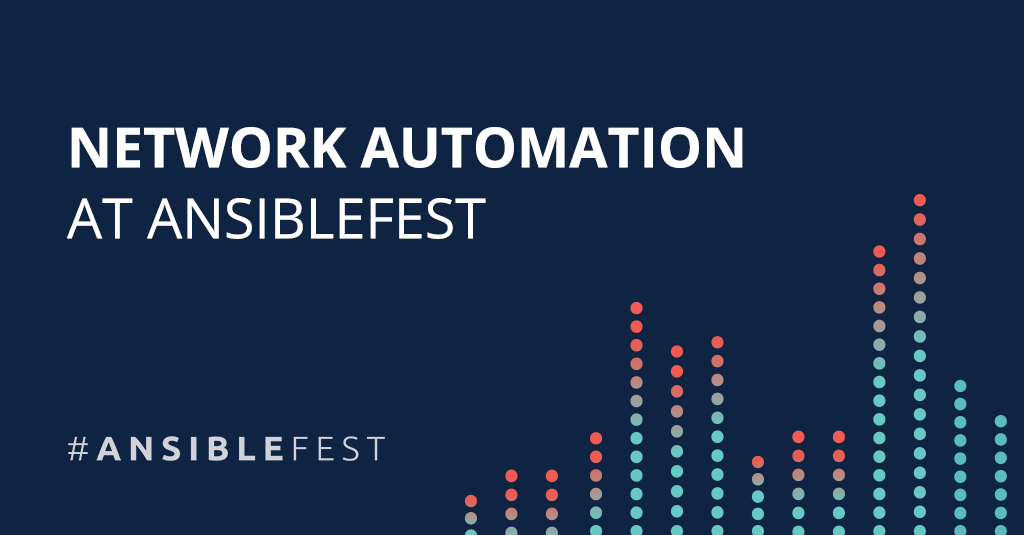 I am getting super excited about my first ever AnsibleFest! Despite using Ansible for more than five years now, I have never had the opportunity to attend this famed event. I had coworkers from previous employers attend, and they were always excited and invigorated after the conference. October is fast approaching and the energy around the event is growing every day.

I'm especially excited for AnsibleFest 2018 because it will have an entire track dedicated to my favorite subject: Network Automation. Join us for two days (October 2-3) as Ansible network developers, Ansible experts from around the world, partners and community members showcase new functionality, use cases, stories and paths to production. You will hear from the developers who design, create, test and distribute the code. You'll also hear from industry experts and network operators who create and deploy Ansible Playbooks to manage a variety of network gear and situations.

I'll highlight two talks I'm especially excited about, to give you an idea of what you'll learn in the Network Automation track at AnsibleFest 2018.

First up is one of my favorite coworkers, Trishna Guha, talking about the Network-Engine role. Trishna will highlight how Network-Engine extracts data from network devices and returns Ansible facts in a JSON data structure. This eliminates a common pain point for customers - the fact that many network devices don't return structured data, or if they do, they return XML. Network-Engine offers a foundation for curated, prescriptive roles distributed through Ansible Galaxy, our app store for Ansible Roles. Roles combine tasks, templates, variables, defaults, files, and other Ansible artifacts in a known file structure. Roles for network automation offer robust and reusable functions so you don't have to reinvent the wheel. Trisha's talk will give you insight into the cornerstone of our new, user-friendly, role-based approach to network automation with Ansible.

Second up is the coworker I most want to house-swap with. Ricardo Carrillo Cruz hails from Armilla, Spain. Ricky has leveraged his knowledge of Openstack, CI (continuous integration), automation and networks to build our testing infrastructure on the Red Hat Ansible team. He has two talks: The first is using Zuul CI/CD system to test Ansible Network content. If you want to learn more about CI/CD from an industry-leading expert and how our team tests code, this is a must-see talk. His second talk details work on the Cloud VPN role. This role simplifies creation of IPSEC connectivity between private and public clouds like Red Hat OpenStack Platform and Amazon AWS. Simplifying connections for successful hybrid cloud environments will be invaluable in the coming years.

Your colleagues outside the networking space will have plenty of content, too. While we highly encourage people to join talks in the Network Automation track (can you tell I am biased?), there's something at AnsibleFest for every automation buff. There are 5 other tracks, with a variety of amazing content, including Ansible Integrations, Best Practices, Business Solutions, Community and Culture, and Tech Deep Dives.

If you need another excuse to register, this year's AnsibleFest is being held in Austin, Texas, music capital of the world. Check out the AnsibleFest page for more information, register and take your automation to the next level!