Paul Angus, Cloud Architect at ShapeBlue takes an interesting look at how to separate Cloudstack's management traffic from its primary storage traffic.

I recently  looked at physical networking in a CloudStack environment and alluded to the fact that you cannot separate primary storage traffic from management traffic from CloudStack, but that it is still possible. In this article I will discuss why this is and how to do it.

In the beginning, there was primary storage

The first thing to understand is the process of provisioning primary storage. When you create a primary storage pool for any given cluster, the CloudStack management server tells each hosts' hypervisor to mount the NFS share or (iSCSI LUN). The storage pool will be presented within the hypervisor as a datastore (VMware), storage repository (XenServer/XCP) or a mount point (KVM), the important point is that it is the hypervisor itself that communicates with the primary storage, the CloudStack management server only communicates with the host hypervisor. 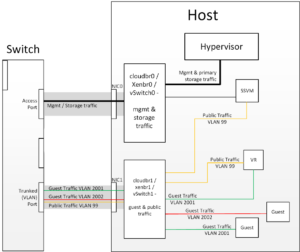 For those from a pure virtualisation background, the concept of creating a specific interface for storage traffic will not be new; it has long been best practice for iSCSI traffic to have a dedicated switch fabric to avoid any latency or contention issues.

Sometimes in the cloud(Stack) world we forget that we are simply orchestrating processes that the hypervisors already carry out and that many 'normal' hypervisor configurations still apply.

The logical reasoning which explains how this splitting of traffic works is as follows:

1. If you want an additional interface over which the hypervisor can communicate (excluding teamed or bonded interfaces) you need to give it an IP address

3. So that the hypervisor can differentiate between the management interfaces they have to be in different (non-overlapping) subnets

5. Therefore the primary storage must be in a different subnet to the management network 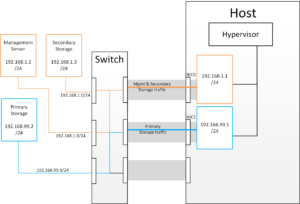 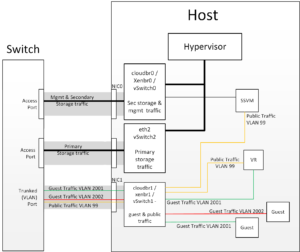 Paul Angus is a Cloud Architect at ShapeBlue, The Cloud Specialists. He has designed numerous CloudStack environments for customers across 4 continents, based on Apache Cloudstack ,Citrix Cloudplatform and Citrix Cloudportal.

When not building Clouds, Paul likes to create scripts that build clouds

..and he very occasionally can be seen trying to hit a golf ball.